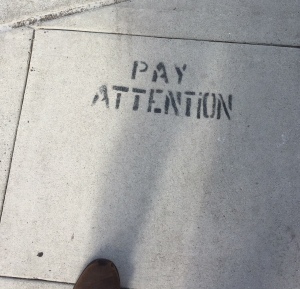 Most of my adult life has been spent pastoring congregations, being influenced by and caught up in the idea of “building up the church”.  Most easily translated and understood as, how can we get more people to take advantage of the religious goods and services that we are desiring to provide.  It is a noble mission, and optimistically I’d note that usually it is pursued with the best of intentions. Those who have known me or experienced ministry with me would be able to validate that I have never been comfortable with this.   At this point in my life, whether its because I am no longer responsible to …employed by? … a local congregation, or possibly because of my increasing interaction with churches trying to untangle themselves from a traditional attractional approach, I feel more passionate than ever that I should join voices crying in the American church wilderness about the incompleteness of this approach.

Let me begin with a bit of honesty.  Every pastor of an attractionally based church knows in the depths of their soul two things:  1.  The God they serve is concerned with the passion, integrity, and heart that serves as the foundation of their ministry.  2.  The congregation they serve is concerned with how many are sitting in the seats at any given weekly gathering and subsequently how much is coming in to the offerings.  This may sound jaded and pessimistic, I’d prefer to call it honest and realistic.  Statistically, the gap between these two are cause for tremendous amount of stress on a significant percentage of pastoral staff.  The implications are profound and often disastrous.  I’d submit that this reality opens the door for a whole realm of bad and destructive behaviors in the pursuit of satisfying the congregational expectations.

Many churches have become islands unto themselves, having neglected their neighborhood needs in exchange for an internal focus on “how do we do what we do better” while barely recognizing that the only ones who care how well we “do church” are other Christians who are unsatisfied with how well their current congregation is “doing church”. The reality of too many of our congregations is that we expect those outside of our doors and outside of Christ to literally become the missionaries that we were called to be.  Missionaries, in the traditional cross cultural sense, deal with things like language barriers, unfamiliar customs and strange rituals.  I’m sure if we all took a step back and were honest we’d recognize that list as the same obstacles that those outside of Christ would have to overcome to enter in and be exposed to our buffet of religious goods and services.

Imagine if you would, being asked by a Jewish, Muslim, or Buddhist friend to attend one of their places of worship.  If you can’t imagine that, then you have some other things you might need to overcome.  Let’s just assume though that it could happen … how anxious would you be in accepting the invitation?  You should if you ever have the chance … but that’s not the point.  The point is that this is very similar or maybe even exactly the anxiety level that a typical person outside of a relationship with Jesus would experience when entertaining the thought of entering in to one of our churches.  To be honest, I as a pastor am still anxious every time I enter into another church filled with people I assume share my faith.

The churches that I consult with all seem to have a common thread.  They all are commuter churches … meaning most to all of their people live outside of the very neighborhood that their buildings exist in.  That’s a problem when common knowledge tells us the most effective way of getting people into churches is through personal connection and invites.  My experience in this reality is that, with some exception, church people are reluctant to invite their friends and neighbors to something they have to travel a distance to and subsequently people who are invited are reluctant to travel a distance to something as unknown as a church.  The result being obvious … a paralysis that results in declining attendance and increased pastoral anxiety.  I would submit that in my experience, often the neighborhood hasn’t shown up, or has left the building, in large part because the congregation no longer looks like the neighborhood.  This is particularly true in older congregations.  They were pretty much begun as expressions of how the neighborhood was and somewhere along the way, often unintentionally, didn’t keep up with the culture that surrounds them.

What if we followed the model of Christ who “became flesh and blood and moved into the neighborhood”?  What if we understood that to do that, we would need to “enter in” to our neighborhoods instead of continually trying to call people out of them.  What if we understood that we and not they are called to be missionaries? What might happen if we begin to ask what is good news to our neighborhood which in turn might open doors to the real good news we are called to?  What might happen if our people begin to really love their own neighbors and neighborhoods without the self defeating and paralyzing proximity dilemma?  They might find Jesus through a church near them? … who loses in that scenario?